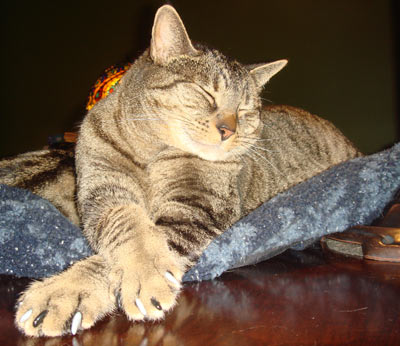 Cats' claws can be confounding and sometimes mystical to their human caretakers. Here, we explore interesting facts about why cats have claws and how they work.

Claws Are Not Nails

A cat's claws are different from a human's nails. Our nails are flat and lie on top of the tips of our fingers and toes, providing protection for our digits. Cats' claws, by contrast, come out of the front of their toes and act as tools that are used to catch and hold prey, tear meat from bones, defend their bearer, and climb.

Cats usually have five clawed digits on each of their front paws and four on each of their rear paws. However, some cats, known as being polydactyl, may have more. The innermost, shorter claws on the front paws that would be reminiscent of human thumbs are called the dewclaws, and they are useful for cats in holding onto their prey. 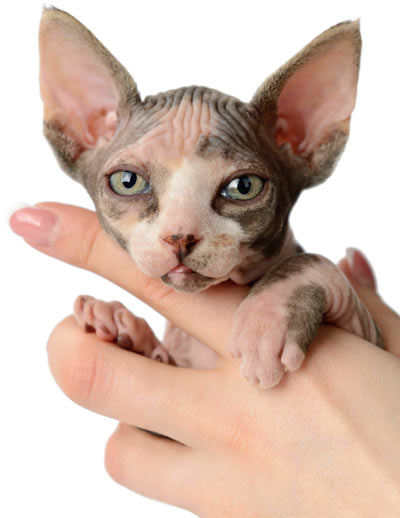 This picture of a hairless cat shows claws that are retracted: note that they are still “out” of the paw, they are just retracted up from the ground.

Cats Can Retract Their Front Claws

Contrary to what many people believe about their cat's claws, they do not retract completely inside a sheath or all the way into the paw. When a cat's claws are in a resting position, they are up off the ground, resting in the fur around the toes. If you look closely at a cat with retracted nails, you can see the nail tips protruding from the fur. It's a bit easier to see in the picture, here, of the sphynx cat that doesn't have fur.

When a cat wants to use his claws, he contracts a tendon to extend them out and down. The extension and retraction of a cat's claws is similar to the way in which a person points their toes and flexes their ankle back.

This ability to retract the claws means that when a cat is walking, the claws aren't touching the ground. This cuts down on wear and tear of the claws and ensures that they retain their sharpness. It also means that cats can walk quite quietly, the better to sneak up on their prey. This is why most cats' rear claws don't require trimming as often; they are worn down more through normal walking.

Cats walk on their toes, and this is known as being digitigrade. In contrast, humans are plantigrade walkers, which means that the sole of the foot is the walking surface. Because of this, cats that are declawed can have trouble balancing properly.

Soft Paws® vinyl nail caps for cats don't "trap" a cat's nail in an extended position. The cat can still use the tendons to extend and retract the nails, much like you can still point and flex your ankle while wearing a boot. Because the nail cap is thicker than a cat's claw and usually has a color, they are seen more clearly when a cat is resting than the thin end-portion of their claw is.

Cats have claws that curve at the ends. This aids them in catching and holding onto prey and also in climbing. However, it adds to the risk of cats' nails getting stuck in items such as carpet loops and subsequently injuring their toes.

A Cat's Claws Grow Throughout His Life

Cats' claws grow continuously, just like human nails. Cats may wear them down through walking or biting at them. The outer sheaths of the claws, which become dull over time, are shed when a cat scratches at things. As cats get older, they may not wear their claws down as fast, resulting in the need for more frequent claw trimmings.