Why Does My Cat Rub His Face on Things? 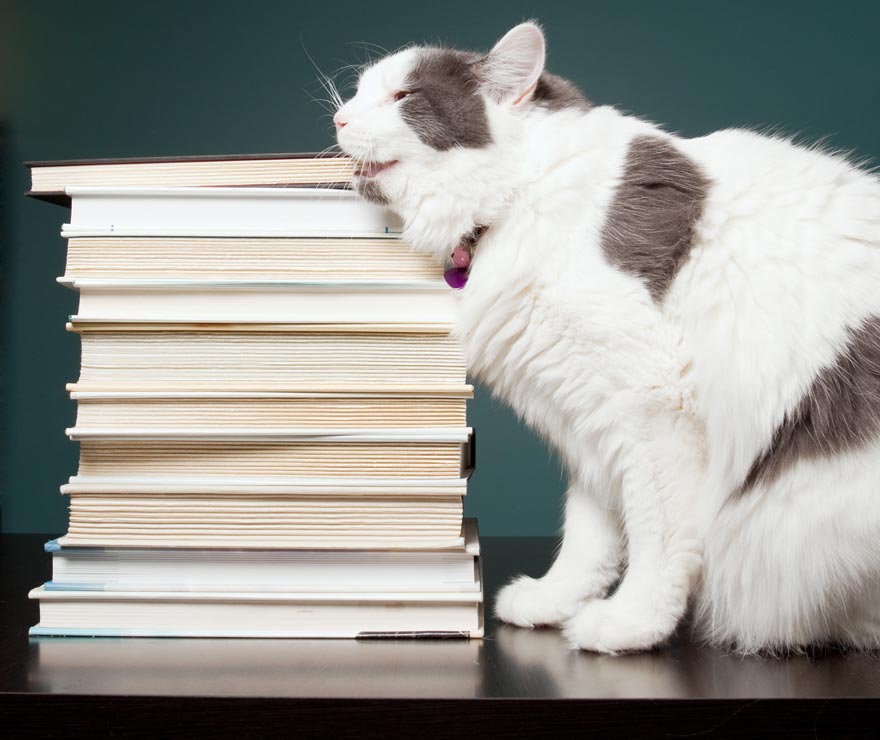 Many cats rub their faces on things and people. It's one of those behaviors cats do that's adorable and heart-warming, but humans may not understand the exact reasoning behind it.

Cats Have Scent Glands on Their Faces

Cats have glands that produce scents in various places on their heads, including around their mouths, under their chins, and on the sides of their faces. Sometimes when they rub on things, they're trying to leave a scent for others to "read."

When another cat comes along and smells the spot the first cat rubbed on, they can probably get some information about the first cat. It's likely that cats can find out whether the other cat was male or female, in heat or not, and when they visited the spot.

Cats usually like to rub their scent over the scent of another cat, so in multiple cat households, you'll often see that all of your cats want to rub their faces on the same spots. These communally-rubbed items tend to be in high-traffic areas of the home and often jut out or are otherwise conspicuous, like furniture arms, bookshelves, and the corners of the wall.

Male cats have a tendency to rub their faces on things more than most females do. This could be because they are marking territory and assessing the presence of other males. In the wild, such rubbing could be useful to a male cat that wants to avoid fighting with other males. He can probably use the scents left by rubbing to determine how long ago another male was in the area and whether or not he's still likely to be around.

Cats that live together often rub their faces on each other. Presumably, this is to share scents with one another and create a communal scent that's specific to that group. When your cat rubs on you, he's probably doing that very thing: leaving his scent on you and picking up your scent on himself to create one communal odor.

This behavior might explain why some cats fight after one has been away to the veterinarian or groomer. That communal scent has been altered on the cat that was away for a while, making him smell like an outsider when he gets back home. One way to help keep this fighting from occurring is to use a brush or cloth on both cats alternately a few times, especially focusing on rubbing both faces, to recreate the proper communal scent on both cats.

Feliway is a substance that mimics the facial scents of cats. It can be used to help calm cats down. You can learn more about it here: "What Is Feliway and How Does It Work?"