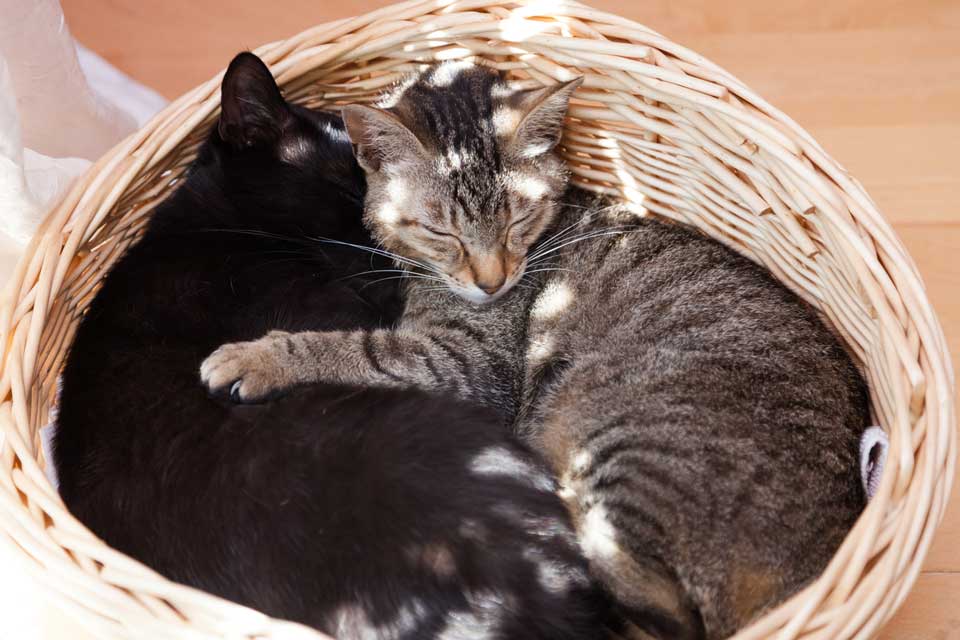 Bringing a new cat into a home where there is already a cat can be a fun time, but sometimes it doesn't go as smoothly as we'd like. Here are some tips for introducing new cats along with information about how Soft Paws® can help.

Separate the Cats in the Beginning

When you bring home a new cat, it's a great idea to separate him from the resident cat initially. You can do this by preparing a small room for the new cat, loading it up with all the essentials like a litter box, food and water, a scratching post, a cat bed, and some cat toys.

Separating the cats in this way serves a couple of purposes. One, it allows you to monitor your new cat for any health problems that might appear in the first few days and which might be contagious to your resident cat, such as external or internal parasites or an upper respiratory infection.

Second, separating the cats this way allows the resident cat to get used to the idea of a new cat in her territory without having to deal with him directly at first. She can smell and hear him, but he hasn't been given full range of her territory yet.

Once you're sure your new cat is healthy and ready to meet your resident cat, do so in a supervised manner rather than just allowing the new cat out and letting them both have free reign. If he will tolerate it, keep the new cat on a harness and leash and let the resident cat come over to introduce herself.

Some other ways to introduce the cats slowly include:

Be sure to use a gentle, calm voice, and lots of praise during this introduction. Give your cats treats and make it a generally positive experience to be interacting with one another.

Expect some growling and swatting, but don't let the cats fight. If you need to stop a fight, clap loudly with your hands or spray a bit of water toward the cats. Don't get your body physically between the cats.

If the cats appear to make friends and begin playing together right away, that's excellent news. You might not have to do too many supervised visits before you can allow the cats to be together. If they are hesitant or do any hissing, growling, or swatting at each other, you will need to continue short, supervised visits for longer.

Additionally, using a Feliway diffuser or spraying Feliway in the room where the visits are to occur can help keep both cats calmer when they meet and interact. Feliway mimics feline calming pheromones, and it can go a long way toward easing introductions between cats.

How Soft Paws® Can Help

Outfitting both your new and resident cat with Soft Paws® claw caps can help ease introductions and allow things to go more smoothly. If they do swat at one another, they're less likely to hurt each other when they're wearing the caps, and that's a good thing for their future relationship. If one swats the other and scratches an eye, for example, the cat that was injured may develop a lasting fear or aggression toward the one that hurt him.

Once the cats are acquainted, and you feel that they can be unsupervised and both have full range of the house, remember that you still have work to do. You must always ensure that both cats feel that they have enough territory and access to sufficient resources. Here are some ways to do that: 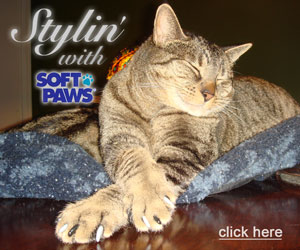 Having cats is fun, and most cats get along fine, but a little extra attention to these things will set your multi-cat household up for even more success.