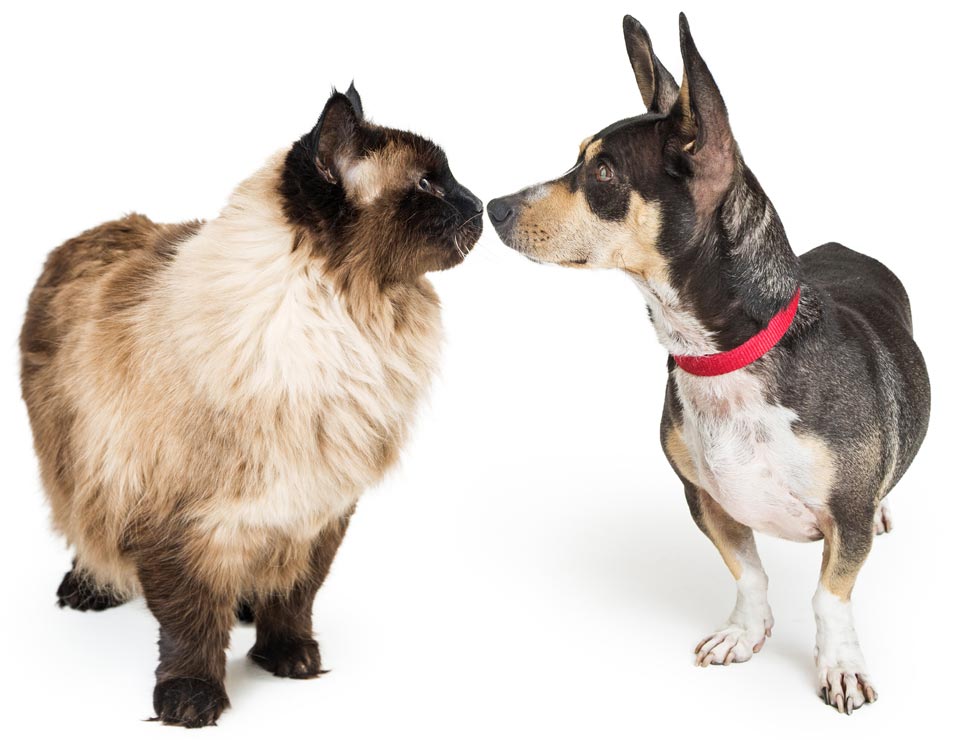 Do you already have a dog or cat and you're planning on getting another one? Will there be a new person in your home soon?

Introductions can be a tricky time for our pets. They can feel fearful, protective, or territorial. Dogs and cats can get stressed out when they're meeting a new pet or person, and that stress can lead to scratches and sometimes even bites.

How to Introduce New Pets

When you are introducing pets to each other, the best thing to do is keep the newer pet confined to a small space like an extra room at first. Keep everything they need in the room with them, like food and water, a bed, toys, and scratching posts and a litter box for cats. 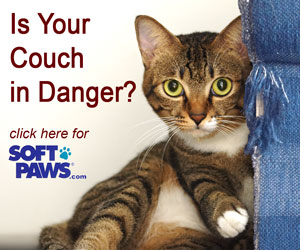 Confinement helps decrease the odds of the resident pet catching internal or external parasites or upper respiratory infections the new pet might be carrying. It also allows the pets to smell and be aware of each other without needing to interact directly at first.

Over time, you can allow the pets to interact, supervised in the beginning, for short periods of time. You might wish to put one or both of them on a leash for these first meetings. Give both pets lots of praise and even treats to make the experiences pleasant ones.

Don't force the pets to interact if they're giving each other a wide berth. It can help to do something fun with each pet in opposite parts of the room, such as playing interactively with them or giving food or treats.

If you need to intervene because the pets are fighting, clap your hands loudly or drop a pillow or another soft object between them. Don't risk getting injured yourself by using your hands to separate fighting animals.

Don't allow the pets to be together unsupervised until you're absolutely sure they get along.

When pets meet, cats especially might take a swipe at the other pet with their claws. They can do this if they're scared, feeling territorial, or are protective of you.

When dogs or cats are meeting new people, scratches can occur accidentally or purposefully, for the same reasons listed above. They can also scratch a person if they're trying to scramble up them to get away from the newcomer.

Putting Soft Paws® on all the pets involved in the meetings is a great way to decrease the chances of one of the pets or a person suffering from a scratch. Not only is this good from a medical standpoint, but it also increases the odds of the pets working it out and getting along well later. For example, if a dog's sensitive nose is injured by a cat's claw at their first meeting, the dog might be fearful of the cat after that, resulting in a permanently damaged relationship.

Soft Paws® are vinyl caps made to cover a pet's claws so, if they scratch, little or no damage is done. They're non-painful to apply and wear, and they don't interfere with a cat's ability to retract or extend the claws.

Soft Paws® Are Not a Substitute for Supervision

Of course, it's not enough to put Soft Paws® on all the pets' claws and let them interact freely. You must still supervise the pets to ensure they're getting along. Dogs and cats can injure each other without access to their sharp claws, so you must keep an eye on things.